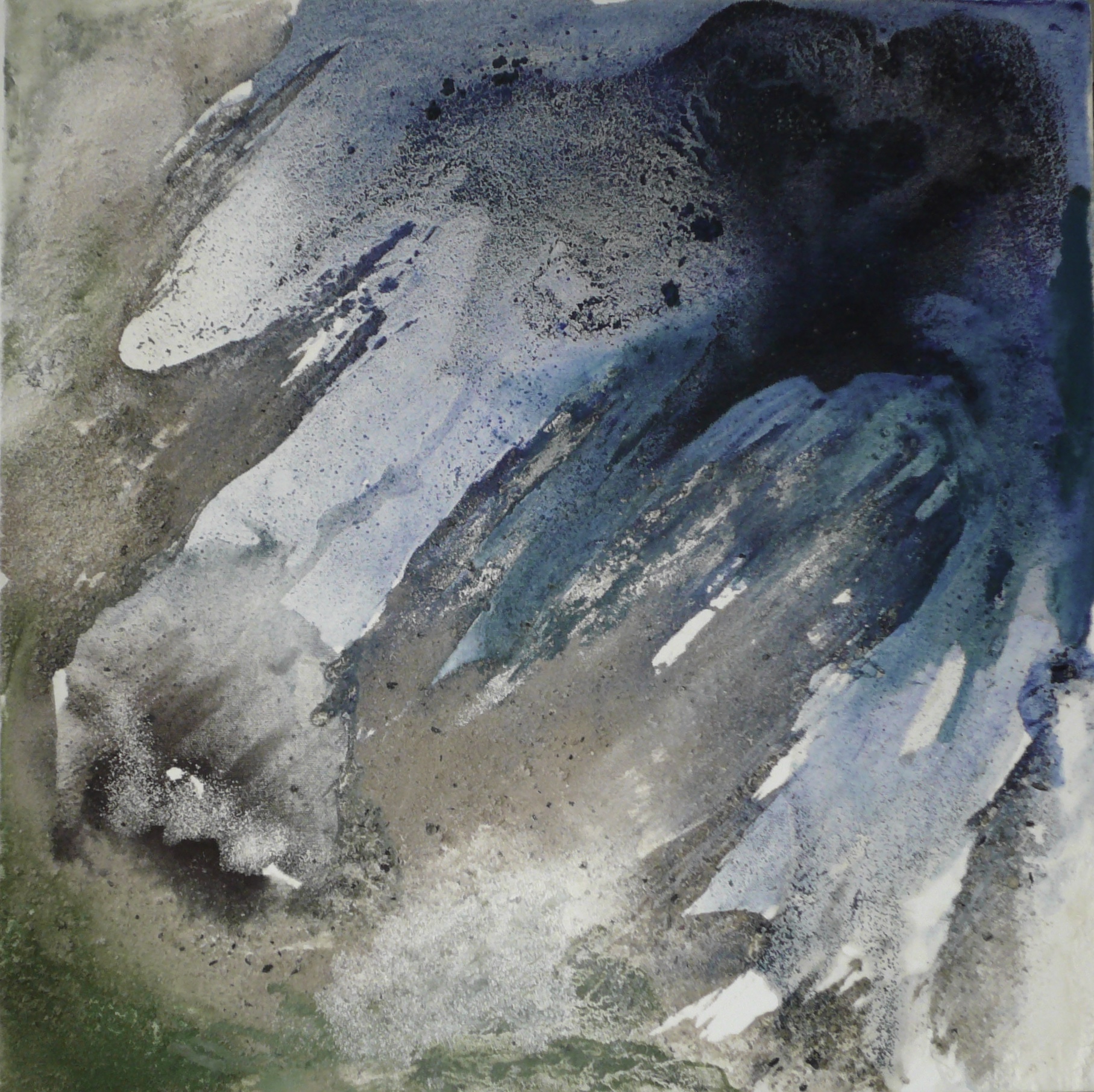 This painting depicts, in a fairly abstract way, the shoreline around where I lived until the age of seven. I learned to swim in the pebbly rocky cove a short stroll from the bottom of our garden. It was a magical childhood spent with my parents and younger brother walking the dog in every weather imaginable, climbing rocks and into the old concrete WW2 lookout. We had freedom without parents to do what we wanted for hours on end, climbing trees, building dens, paddling, swimming, climbing haystacks, picking blackberries from the hedgerows and mushrooms from the fields.

We collected newts to study and carefully return into a tiny stream nearby and sailed the seas lobster potting with our neighbour John in his rowing boat watching the seals bobbing by. Sadly we watched the burial of a dolphin who became caught on the jagged rocks and which none of the rescue services could save. At night tucked safely in our beds, we fell asleep watching the regular flash of the lighthouse, often hearing the foghorn blow on those eerie evenings when nothing could be made out in that blinding blank depth of nothingness. I am indeed fortunate to have so many wonderful childhood memories of this romantic place.

In my painting ‘Ripple Effect’ it became about my father, a gentle and kind protector and a wonderful imaginative storyteller. His tales of the escapades of the crab family are still clear in my mind and as far as I was concerned they all lived and scurried around ‘our’ craggy little beach. I believe that the ‘Ripple Effect’ of my father’s goodness has been passed down to my children, both of whom I am very proud.

In my daughter's head

'Nuanced' was an unexpected and welcome commission during lo...