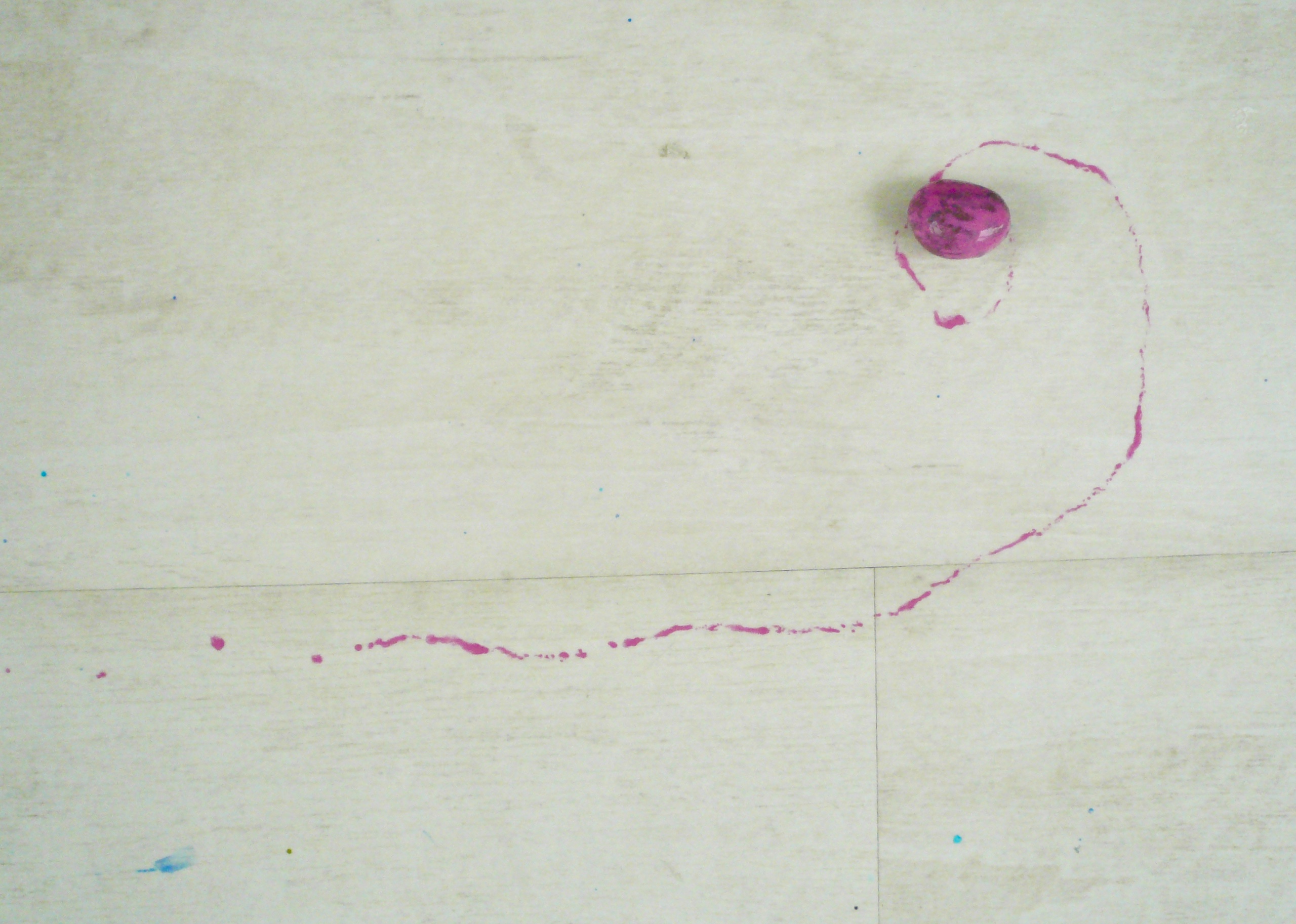 Since becoming involved in the ‘Pebble Project’ I have toyed with several ideas. The results of one such play with pebbles are below. 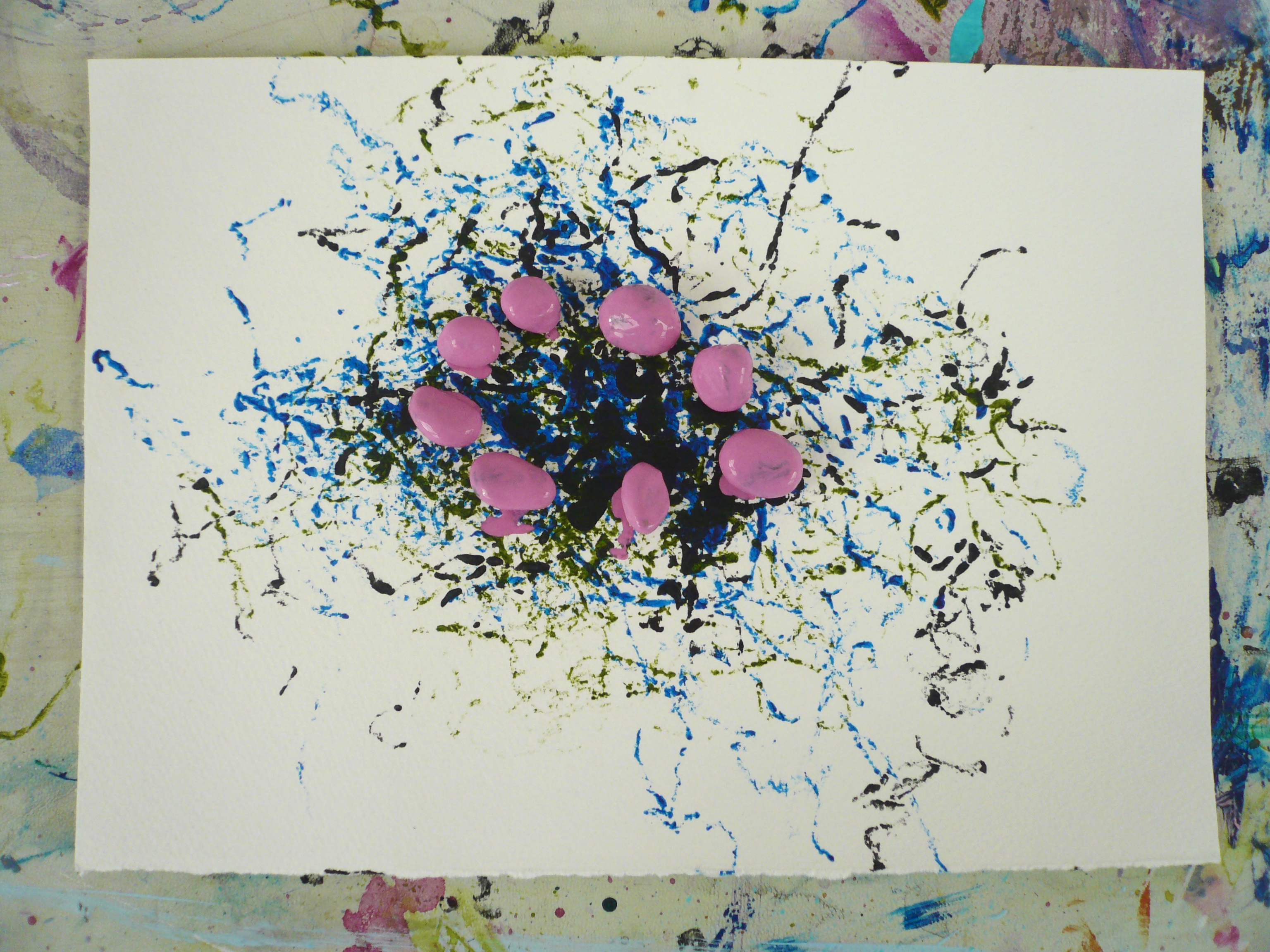 This, above, is my favourite image. The pebbles have been covered in pink pigment ready for rolling and making marks. The accidental marks on the cloth behind make a perfect frame.

The image reminds me of chocolate mini eggs but also of eggs in a nest. Easter is celebrated with eggs which are symbols both of an end and a beginning. Life and death – the full circle of life combined with the spiritual. 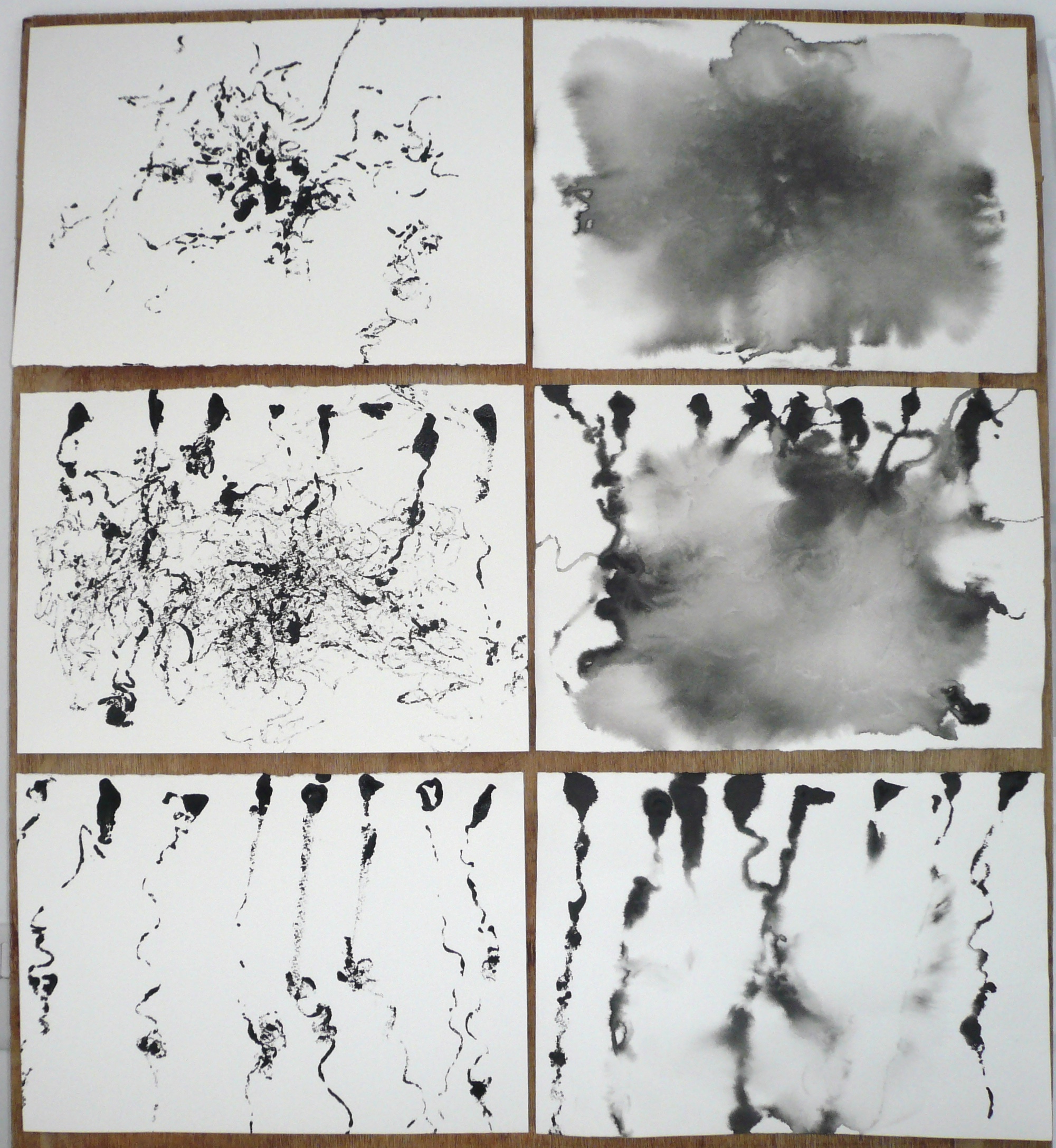 I have used pebbles as mark making tools rolling them in pigment and then onto watercolour paper. Those on the left have been rolled onto already dampened watercolour paper and on the right the paper has been left dry. 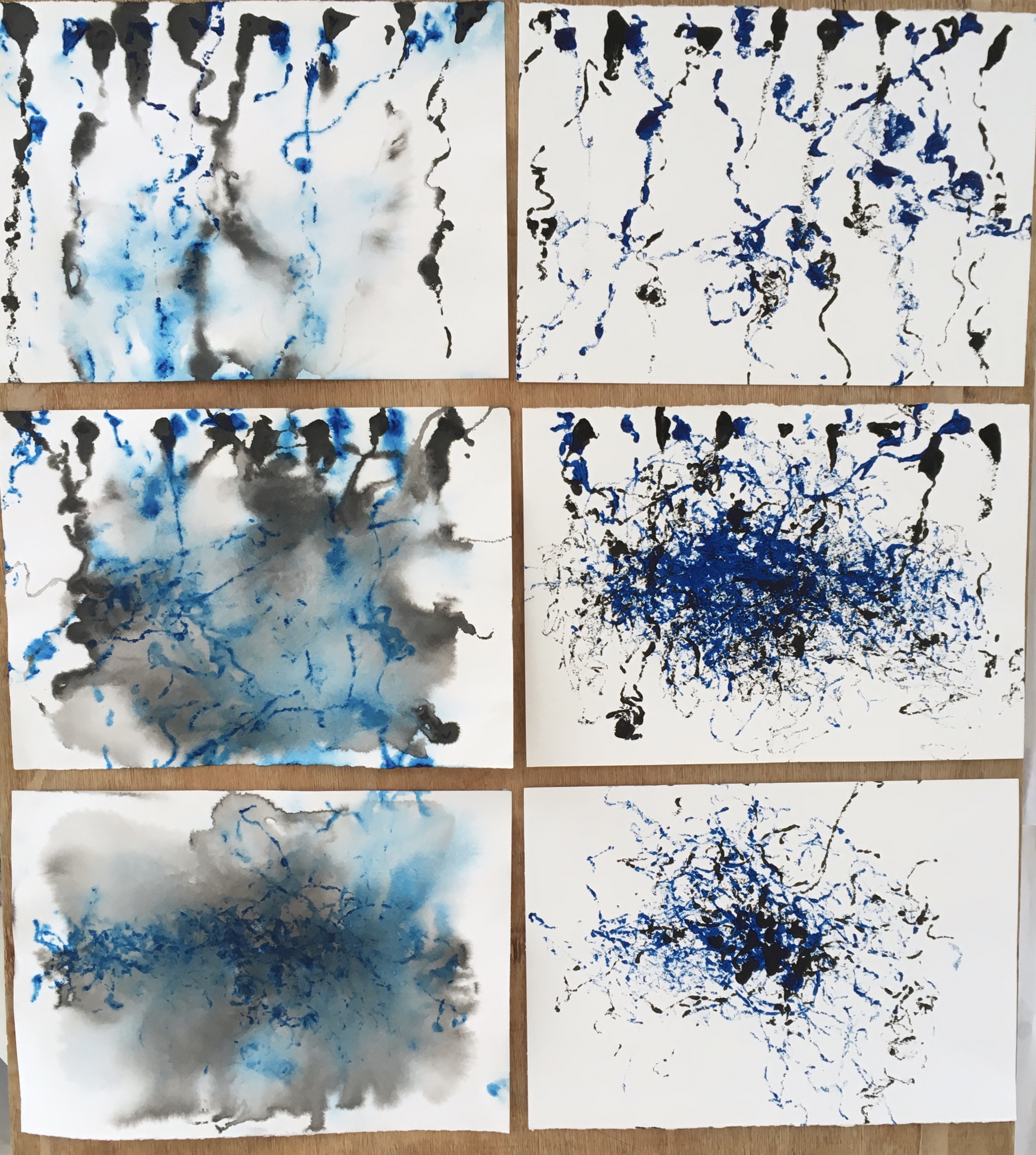 The first colour I used was black India ink which resulted in a semi opaque finish on the wet paper and a fairly solid black on the dry. Then Process Cyan was rolled over the black.

The first rows have simply been rolled down in ‘straight’ lines.

The middle rows have been rolled from the top but have been wiggled around a bit before dropping off.

The bottom rows have had the pebbles placed in the centre arranged in a circle and rolled around until no paint was left on any pebble. 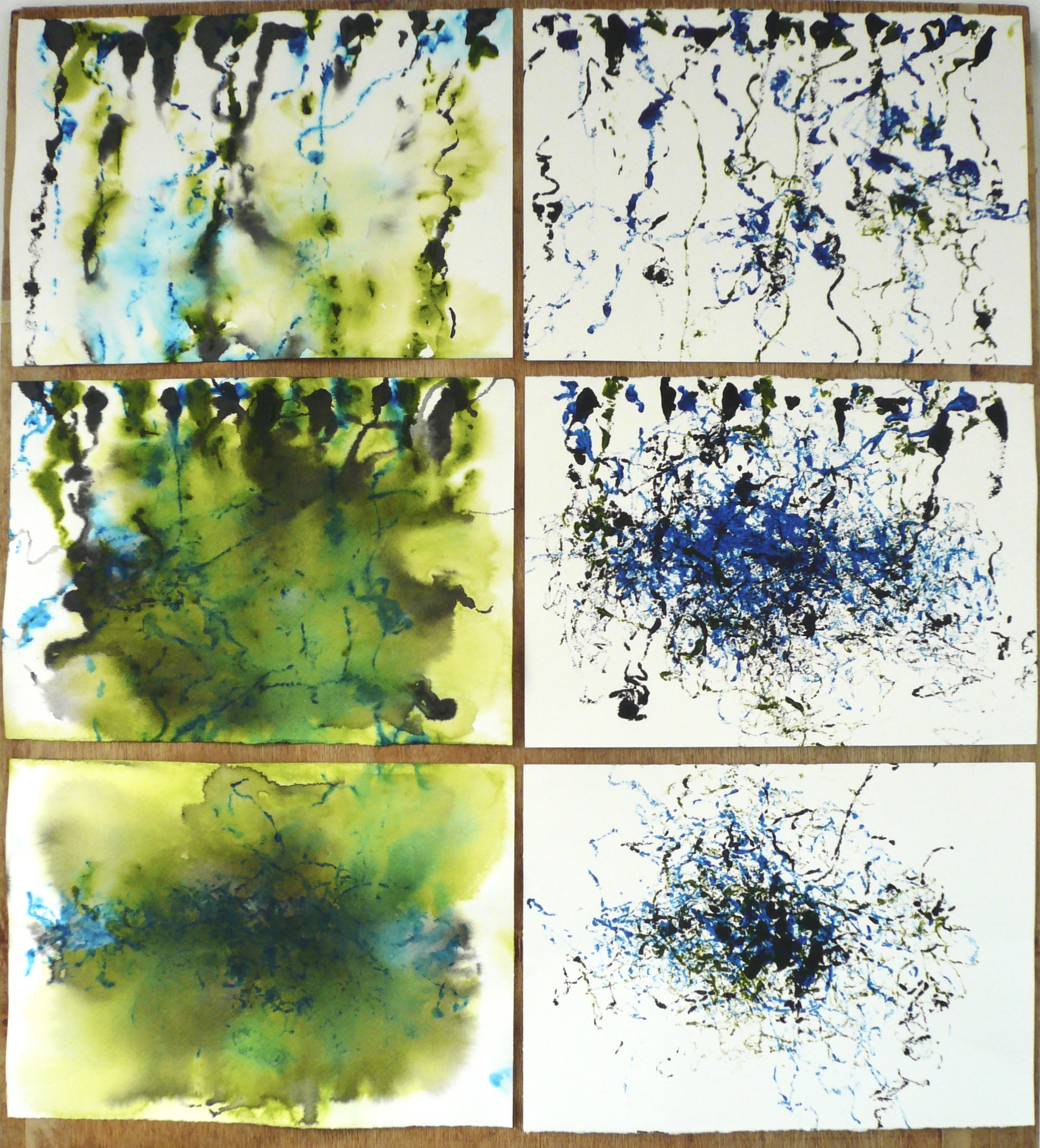 The final colours – Designers Guild, Vreeland Pink, a comparatively opaque paint and finally Pip Seymour, Cadmium Orange (hue) are both strong contrasting colours on top of the other three adding a celebratory feel to the images. 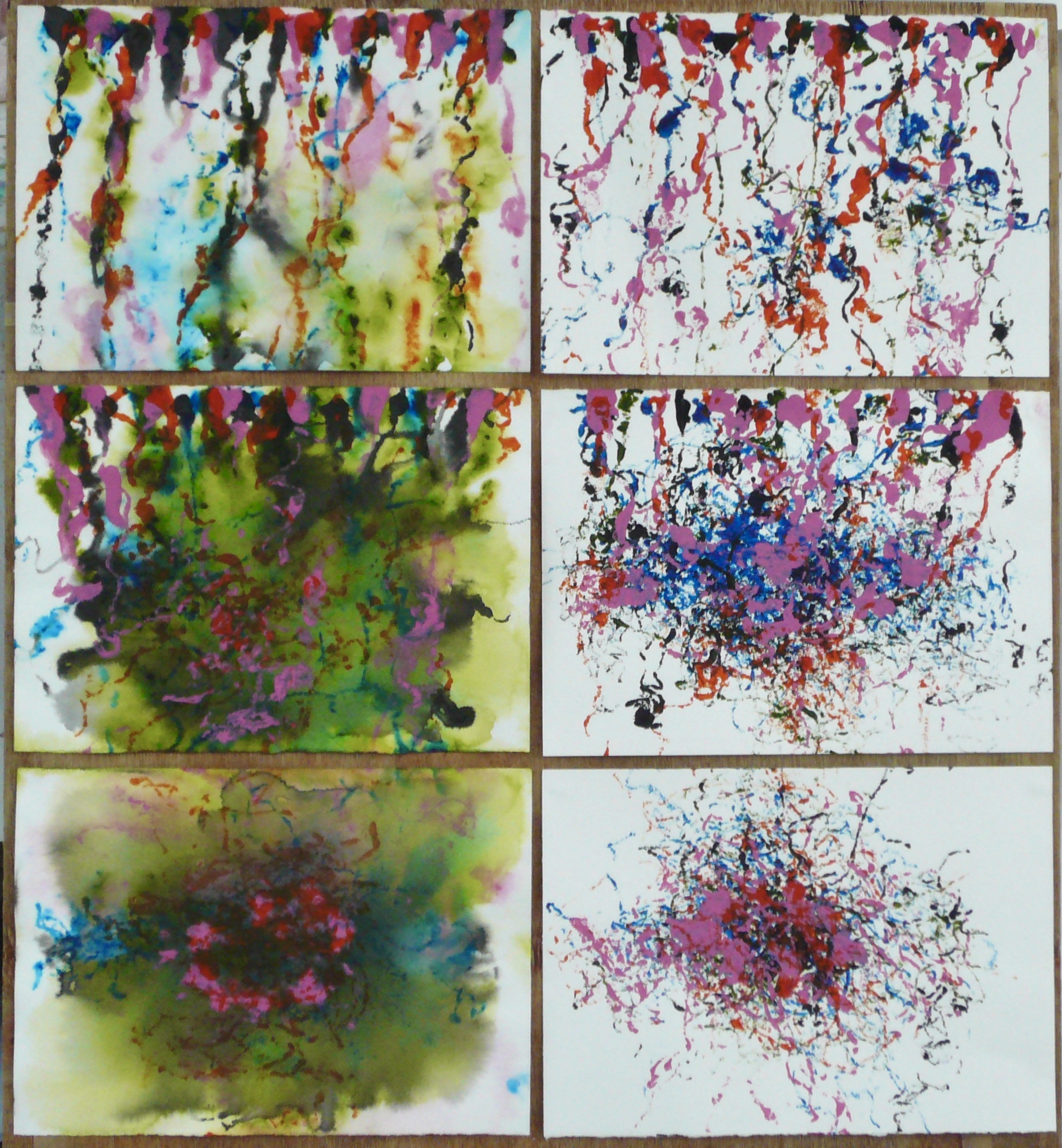 The two below are my favourite final images along with the photograph of the paint covered pebbles on the page prior to rolling (see top image). 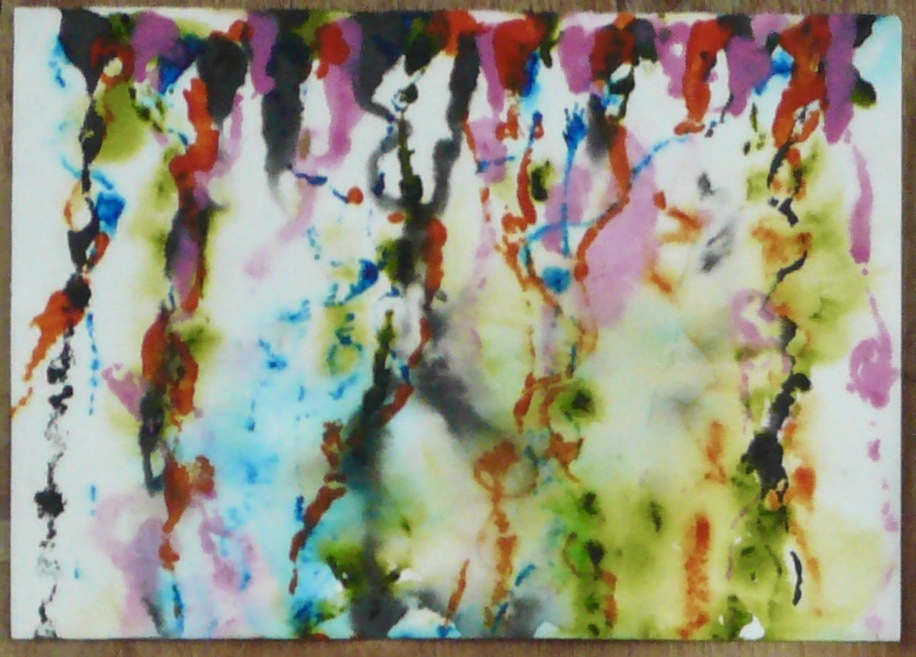 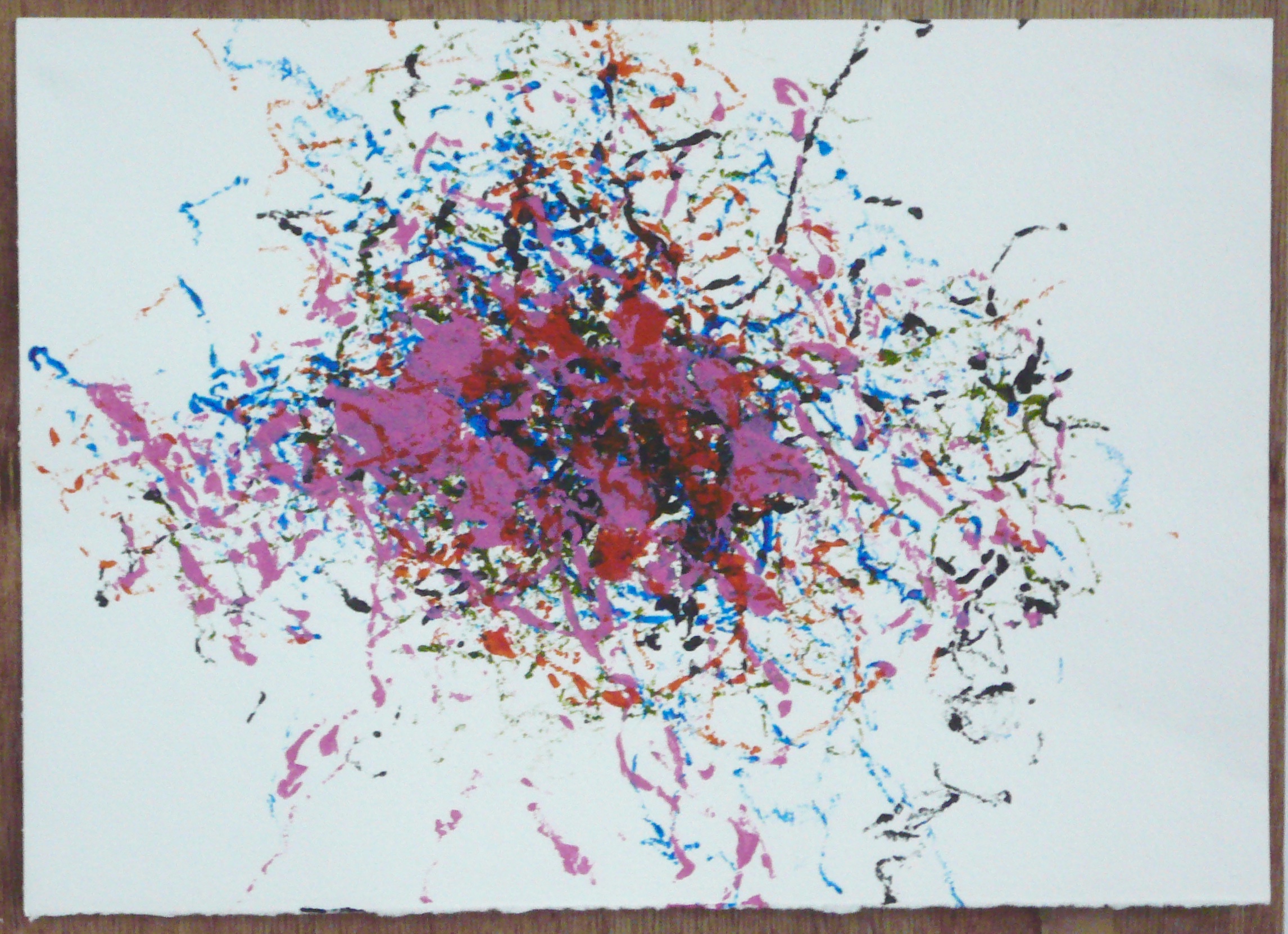 In my daughter's head

'Nuanced' was an unexpected and welcome commission during lo...