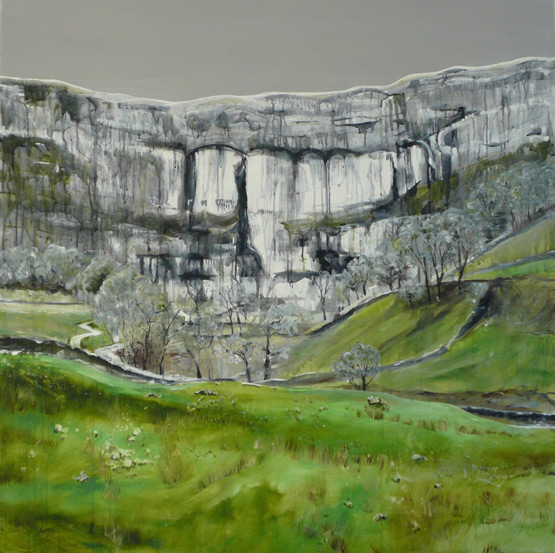 My paintings, with those of four other artists, will be shown on the Big Screen in Bradford City Park 3-16 July at 10.30am and all other days during July at 12.30pm. This is a fantastic opportunity fo... 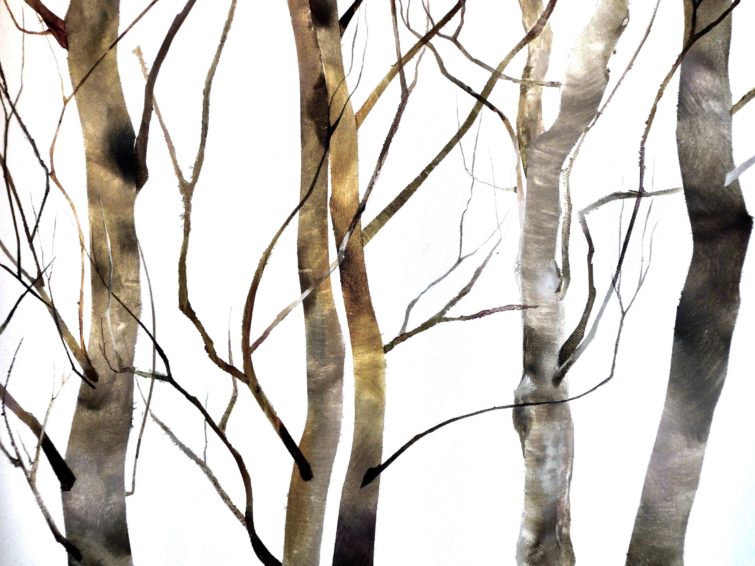 LIBBY Jubb and Kerry J Stoker are two of the award-winning Ilkley artists who will be selling their work at the Ilkley Arts Christmas Fair at the Back Nelson Road Studio this evening, Thursday, Decemb...

Paintings, ceramics, bronzes and other art have gone on display at 24 pop-up art venues as Ilkley Art Trail gets underway. Please click on the link below to read the full article in the Ilkley Gazette...

Visiting the Agnes Martin exhibition at Tate Modern after Charlotte Johnson Wahl’s riot of colour was a totally different experience. Martin’s paintings, calm, disciplined and ordered hung in a la... 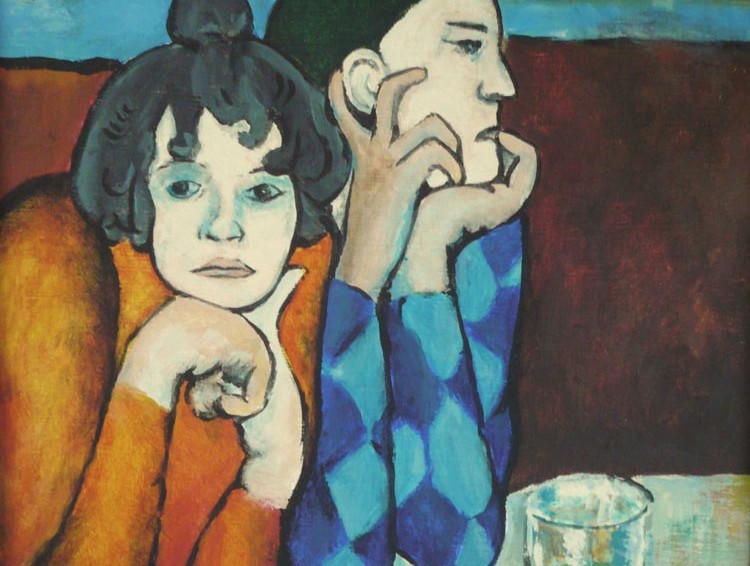 Watching a BBC 4 documentary recently, Picasso: Love, Sex and Art I was reminded of a painting, shown in the programme, that I created for a great friend. I had no idea what to give her for a special ... 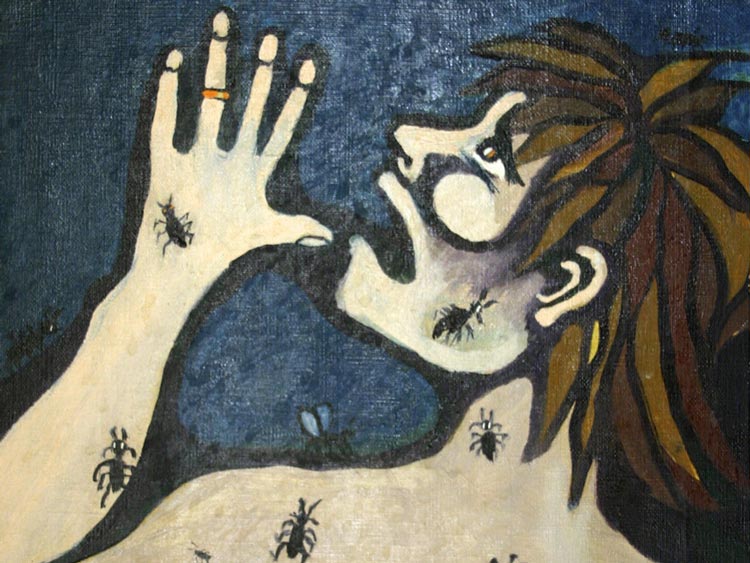 I visited Charlotte Johnson Wahl’s exhibition ‘Minding Too Much’ at the Mall Galleries on 8th September. It was an exuberant joyful blast of colour and pattern combined with extraordinary sensit... 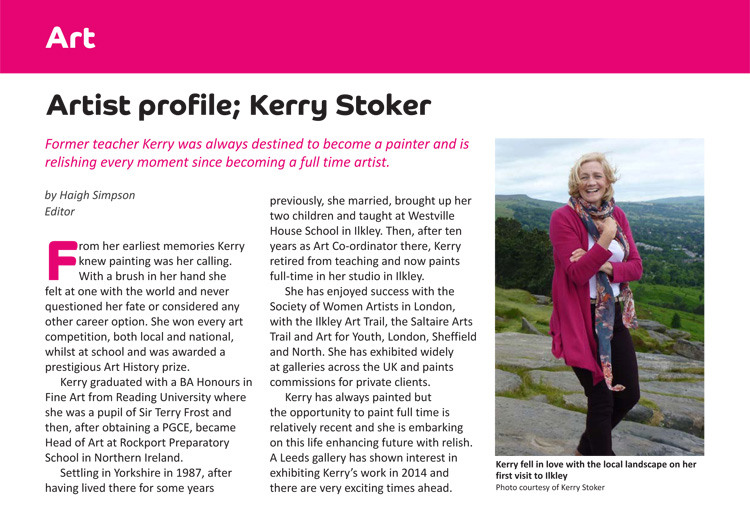 Kerry graduated with a BA Honours in Fine Art from Reading University where she was a pupil of Sir Terry Frost and after obtaining a PGCE became Head of Art at Rockport Preparatory School in Northern Ireland. Then after ten years as Art Co-ordinator at Westville House School in Ilkley West Yorkshire Kerry retired from teaching and now paints full-time in her studio in Ilkley.

‘I am delighted to be included on the website notjusthockney.info which lists and offers information about professional artists within the Bradford Metropolitan District (BMD).

I have exhibited with the Ilkley Art Trail ilkleyarttrail.co.uk since it began in 2011 and have enjoyed much success, as well as connecting with many incredibly talented artists who had worked previously, like me, in splendid isolation.

As a result seven of us in April 2018, had our first collaborative exhibition which was very successful. See below for a photograph of me with the lovely Alan Titchmarsh, who is from Ilkley and who opened Ilkley Manor House officially during our exhibition there. He spoke to me about my work particularly the one shown ‘Solid as a Rock’ and was very knowledgable and enthusiastic about the work of all seven artists.

In 2018 and 2019 I have exhibited my work in London at La Galleria, Pall Mall and the Menier Gallery, Bankside respectively and performed at Tate Exchange, Liverpool in 2018 where I had pieces in Art-E-Motion’s Vending Machine alongside artists from all over the world. In 2019 I again enjoyed contributing to the VVM in Bristol on the subject of the FREE MARKET questioning what the word MARKET means to me in my art practice.’

I am a Founder Member and Planning Group Volunteer involved in setting up this exciting new contemporary art gallery in Ilkley.

ILKLEY MANOR HOUSE was gifted to the town in the 1960’s to be both a museum and art gallery and so establishing the SOLAR GALLERY within the stunning Manor House is a natural extension of its development.

The SOLAR GALLERY aims to provide a vibrant heritage, creative and fun arts hub in Ilkley offering a wide range of activities, events and exhibitions, as well as collaborative work, meeting and studio spaces in the adjacent cottages.

This commission was very interesting - to paint an abstract ...